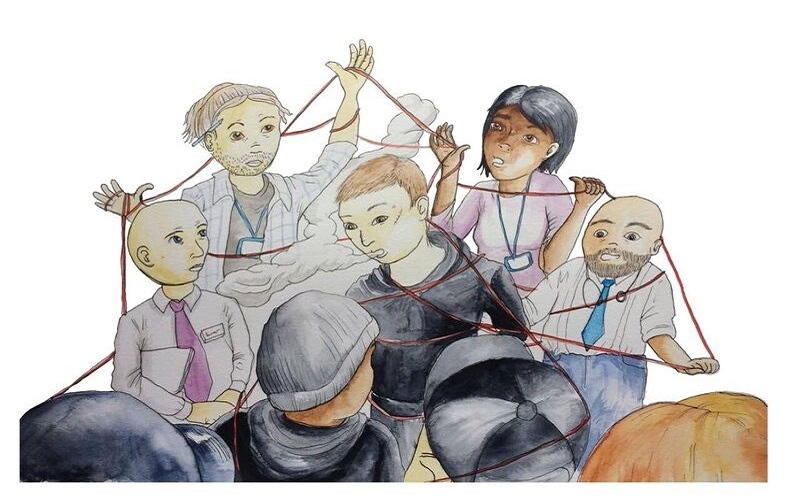 Tim Jacques wants to start a conversation about how we work with dads.

‘The first time we met, Neal was leaning on the gate to our allotment project with a mate. He stank of weed and, hands down trousers, weighed me up through half open eyes.

My choice was clear: faced with a man like Neal – the depth of the chaos, the ‘hardness’ – do I try to go deep or do I stay on the surface? Am I ready for how much he will share and how much he will need from me?

I chose to become a constant in Neal’s life, a safe place where he was free from judgment.

He showed me a life with very little room for love or compassion. I saw not an angry and intimidating man but a scared little boy who had been through the care system himself, whose own feelings and experiences were controlling how he was now.

As the allotment project and our relationship unfolded a core group of men emerged that formed the Goodfather, an action group coming together to raise funds and plan camping trips for other dads on the estate.

I began to see facets of his character that he kept hidden. His capacity for mental arithmetic was staggering. He could plan and organise the logistics of taking seventy dads and children camping for the weekend with ease.

Resolving issues with dads like Neal can feel like untangling a kite string. You manage to untie a really big knot then something happens and it’s just as knotted as it was before. At the time it’s daunting, intimidating, seemingly chaotic.

Fathers like Neal experienced deep trauma in their childhoods and then go on to raise their own children often repeating the same mistakes. It’s a cycle that’s difficult to break and all too often services focus on the symptoms – the dirty house, chaotic life styles, the substance misuse.

We need to design new ways to be with dads and to help them. I want to discover what it would take for us to work alongside them consistently for much longer periods of time, building relationships that are based on honesty, trust and openness where Dads feel safe enough to ask for the help they really need.

Together we can break these cycles.’