Six women from Stoke Aldermoor are channelling their efforts into creating a social plan that could secure £250,000 of Big Lottery funding for their community.

The group meets weekly at the local community centre to exchange stories and ideas about how they might transform their neighbourhood for the better. They also meet once a month at Catherine’s Church for a social supper with another six residents who are interested in helping. 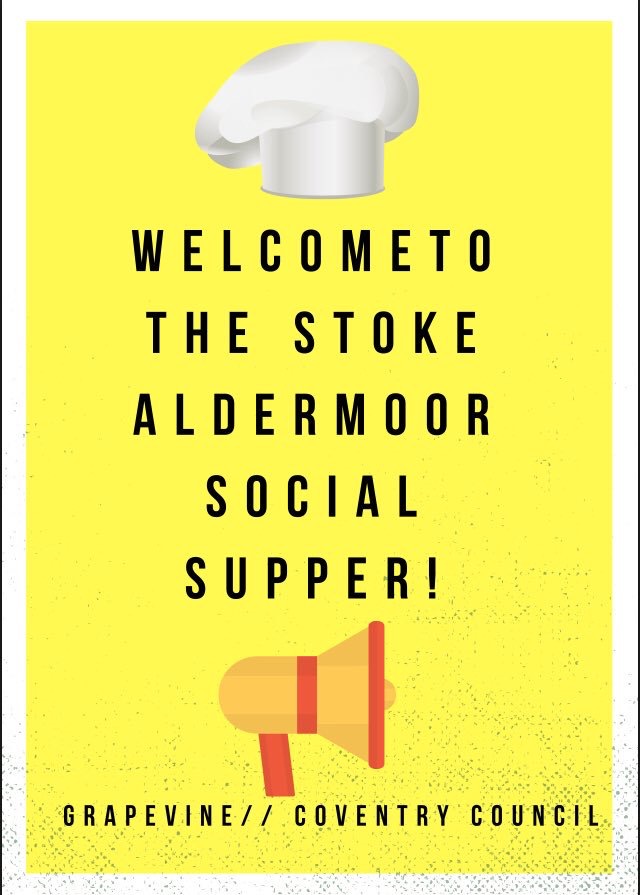 Some of the forerunners from the ideas pooled so far include opening a one stop shop in the area for support; more training opportunities for young people; improved provision for families to build parenting skills and raise aspirations; a family walking group; a summer school; and the creation of an annual festival to celebrate Stoke Aldermoor’s diversity and boost community cohesion.

But this is no casual chat over a cuppa – these women with differing backgrounds, home lives and cultural heritage, are forging ahead with a joint plan to make these ideas happen. Women who may not otherwise have come into contact with one another had it not been for this common purpose.

Together they want to make the neighbourhood they inhabit better – moving away from issues of crime, drug use, community tensions, inadequate access to local travel networks and feelings of isolation towards realising their vision of a safer, more cohesive place to live.

They were connected by Mel and Dom from Grapevine who, together with Community Development Workers Lorna and Stef from Coventry City Council, had hundreds of conversations as well as listening events with local people.

Mel and Dom join the weekly sessions, rallying the women to keep their eyes on the prize and helping them develop the best plan to attract the funding they want.

Statutory agencies such as the city council are also remain in the mix, offering their specific expertise on neighbourhood services and local communities to the plan. More partner organisations have also expressed an interest in being involved.

Dom says: “Everyone involved is passionate about making change happen. But for a long while, Stoke Aldermoor’s experiences as a deprived area of Coventry has affected its residents and the perceptions of those outside of it.

“The frustration is how to change the area so people living there benefit from the same opportunities, neighbourliness and community pride we might see in other parts of the city.

“That doesn’t mean these things don’t already exist in Stoke Aldermoor – we just need to build them up.

“And part of that is the realisation they have the power to make the change themselves and sustain it for future generations.”

The future generation plays an important role in the present, as the group continues to develop its plan. The son and daughter of one of the Group members – who is originally from the Congo in Africa – have received listening training from Grapevine so they can in turn consult with 16-25 year olds in the area.

Dom continues: “We’re all trying to come at this with fresh eyes and an open agenda – what’s the dream and how can we get there? So who better to speak to young people than young people themselves?

“And just because there are currently six in the group, plus another ten supporting from the sidelines, we realise many more people care about the future of Stoke Aldermoor.

“We want them on board too so the voices of all sections of the community can be heard.”

The deadline for the social change plan to be submitted to Big Lottery Fund is the end of October – so watch this space for news!