What do an 18th century former coal storage bunker and a group of young Coventry activists have in common? Well, they’re combining next month to host a live gig like no other at the heart of the city’s Canal Basin. 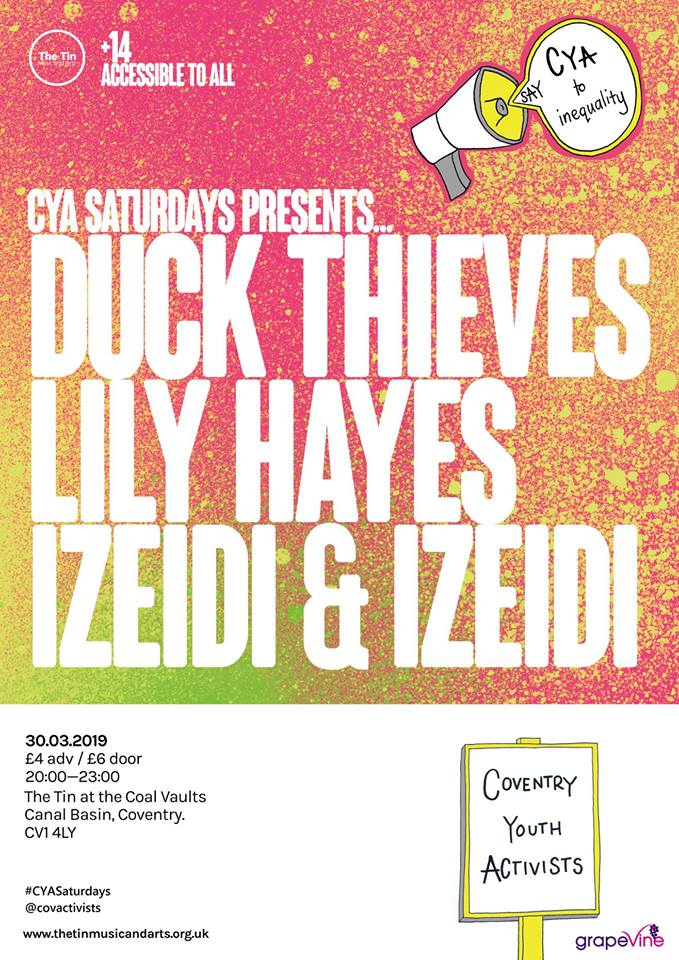 For those who don’t know, Coventry Youth Activists (or CYA as they’re known) are a group of young disabled people who want to say “CYA” to the inequalities faced by themselves and others.

They identify the issues that are important to them, give them a good shake and come up with campaigns that set about changing these barriers.

The #CYASaturdays Presents… gig on 30 March is one facet of their latest campaign to challenge the disheartening statistic that one in three young people spend less than an hour outside their home on Saturday.

The Saturday night showcase – on a Saturday of course! – features local talent in the shape of bands Duck Thieves, Izeidi Izeidi and CYA’s own singer/songwriter/guitarist Lily Hayes.

Lily says: ““I have autism but I won’t let it stop me from being a singer. It’s who I am and is part of me.”

The night will be compered by actor / theatre maker duo Rishard Beckett and Richard Walls.

The gig is accessible to all and tickets are just £4 in advance or £6 on the door. The venue is The Tin Music and Arts – a charitable organisation committed to fostering art, creativity and talent at the Canal Basin and throughout the city.

So come out and support what will be a great night as well as a good cause. There’ll be music, laughter and a few surprises and above all you’ll be making a group of young activists very happy! We want as many people there as possible who don’t usually get out and about on a Saturday too.

Get your tickets here – show starts at 8pm.